Our Website may not be live inventory. Feel free to call us for product availability.

Nothing compares. Drag, design and performance make the NV-G the ultimate fly reel. The NV-G series are built on the tried, tested and trusted NV 5/6 through NV Monster frames, and they feature the patented and award-winning NV CCF Disc Braking System.

The G-Spool design transforms your NV reels into uber-arbor fly reels that pick up line faster than any other comparable reel in the market. The G-Spool (Giga Spool) design reduces the reel weight significantly and generates less line coiling and much faster line retrieval (up to 15 inches per turn on the G-10!).

The unique CNC machining on these reels gives the impression that the backing is floating above the arbor, creating significant air space under the backing, which promotes faster backing drying. Wet backing is the leading cause of corrosion in fly reels, and the G-Spool design dries 14 times faster than traditional designs.

All Nautilus reels can be ordered with custom colored housings and spools. We carry different colors at any given time - contact us to find out what's in stock. Anodizing varies from batch to batch, so we encourage you to order a spare spool at the time you order the original reel in a custom color to ensure a proper match. The cost for a custom ordered reel in a single color is an additional $100 per reel. Spare spools are an additional $50 as long as they are the same color. 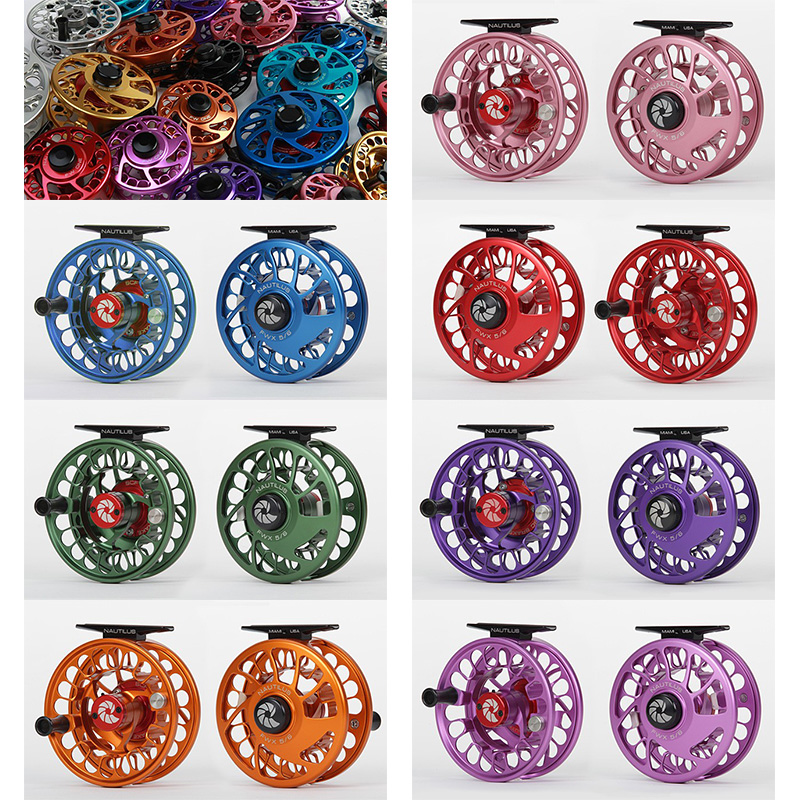 There are no reviews yet.

Be the first to review “Nautilus NV-G” Cancel reply

WARNING: This product can expose you to chemicals including lead, which is known to the State of California to cause cancer and birth defects or other reproductive harm. For more information go to www.P65Warnings.ca.gov.

Roy's Bait and Tackle Outfitters
We're located in Corpus Christi, Texas and we're here for all your fishing needs - saltwater, freshwater, fly fishing, plus kayaks, clothing, marine and more. Visit us in our retail store or shop online and we'll ship directly to you.

We want to see your fish!
Send us your fish photos - we love seeing what you catch! Tag us or use #roysbaitandtackle.